The Babes ventured out today to get our hands on one of those infamous Unicorn Frappuccinos from Starbucks that everyone’s been talking about. Why? Because we have a fucking food blog and people expect this shit from us.

So, we’re gonna break this shit down for you, nice and slow. 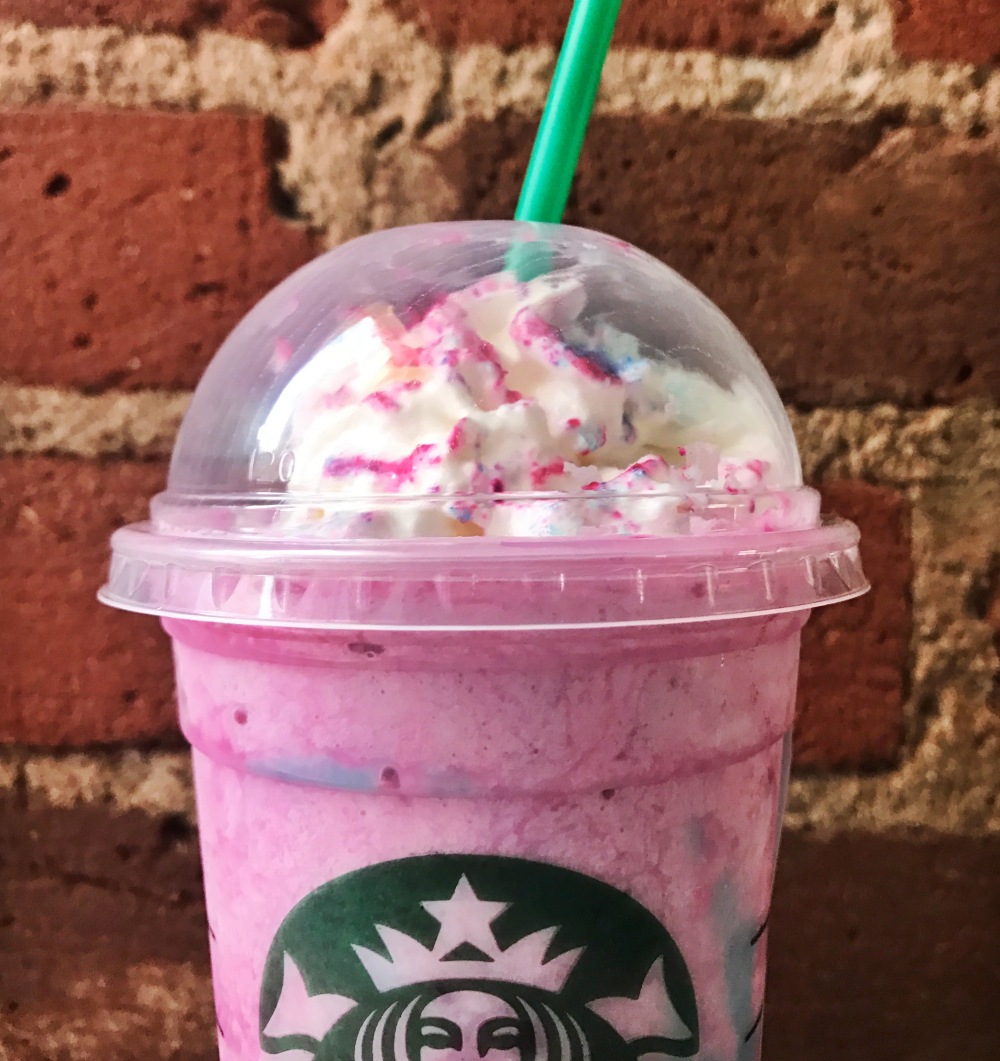 There are so many things wrong with this drink – the color, the name, the taste, the hysteria…but are we surprised? In the world that we live these days, no.

First, let’s talk about the name: The Unicorn. Upon hearing it, some people might think of that awkward moment JoJo stepped out of the limo on The Bachelor.

On the other hand, people might align it with the common gay slang term for a bisexual woman looking to be a part of threesomes. We truly wonder which one Starbucks was going for here….really.

Second, the shame. We’re not sure what’s more embarrassing: ordering a drink called The Unicorn or having to take pictures of it in public?

Last, but not least, the taste test. As you probably guessed by the color, this thing tastes like you licked a unicorn’s butthole. We’re all for trying out new things in the bedroom, but this may be too far for even us.

This thing tastes like a five-year-old made a special drink “just for Mommy” consisting of far too much artificial sweetener mixed with old sour candy packets. Let’s leave sweet and sour up to Chinese restaurants, please.

We must note that we did enjoy eating the whipped cream off of the top of it, but that’s just because we really like whipped cream…I mean who doesn’t?

Anyway, earlier we posed the question what was more embarrassing: ordering a drink called The Unicorn or taking pictures of it in public?

Well, now we know and turns out it’s neither. What’s more embarrassing you ask? Throwing up blue and pink outside of the gym after drinking it.

Let’s just say from now on we’re sticking to lattes.